Vaccine passports are coming. But are they ethical?

The main way to control the pandemic, as we have all painfully found out, has been to restrict the movement of people.

This stops people getting infected and infecting others. It is the justified basis for lockdowns, isolation, vaccine passports, and quarantining people who have been in high-risk areas.

It is the foundational ethical principle of any liberal society like Australia that the state should only restrict liberty if people represent a threat of harm to others, as John Stuart Mill famously articulated. This harm can take two forms.

Firstly, it can be direct harm to other people. Imagine you are about to board a plane. Authorities have reason to believe you are carrying a loaded gun. They are entitled to detain you. But they are obliged to investigate whether you actually have a gun and if you do not, they are obliged to free you and allow you to board your plane. To continue to detain you without just cause would be false imprisonment.

Having COVID is like carrying a loaded gun that can accidentally go off at any time. But if vaccines remove the bullets from the gun, the carriers are not a risk to other people and should be free.

In perfect conditions, vaccine passports are therefore a human rights issue under conditions of lockdown like Melbourne and Sydney are experiencing. Perfect conditions mean vaccines reduce transmission to other people sufficiently.

This means it is not discrimination to continue to restrict the liberty of the unvaccinated – it is just like quarantining those who have entered from high-risk countries overseas. Their liberty is restricted because they are a threat to others.

Discrimination occurs when people are treated differently on morally irrelevant grounds. But differential treatment on the basis of differential threat is morally relevant. That is why I can be quarantined if I have come into contact with a positive case: there is a relevant reason to treat me differently.

For example, some countries require travellers must be vaccinated against yellow fever and receive a card as a vaccine passport. No card, no travel. Infected travellers can bring yellow fever to the local mosquito population when they are bitten and thereby start an endemic infection.

Do COVID vaccines fit into the same justification?

Hard to say. They appeared to reduce transmission of the original alpha variant by 50-60%, but it is unclear whether they significantly reduce transmission of delta, particularly over time. Israel’s data suggest those vaccinated in January could have as little as 16% protection against symptomatic disease by July (though still 80-90% protection against hospitalisation and severe disease). Other studies have shown similar viral loads in those infected with delta regardless of vaccination status.

To let the vaccinated roam free and restrict the freedom of movement of the unvaccinated would be discrimination if the vaccine does not significantly reduce transmission. 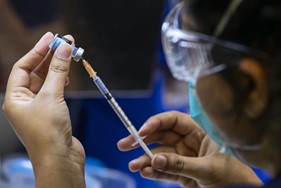 An important consideration in whether we publish the unvaccinated is clearer information about how much having the vaccine reduces transmission of the virus. Daniel Pockett/AAP

But these analogies are flawed in two ways when it comes to COVID. First, vaccination does not reduce the chance of infecting others to the extent of surgical scrub techniques. Second, washing your hands or wearing a seatbelt benefits all concerned; vaccines have side effects, including lethal ones.

It’s true seatbelts can kill you, but overall they are expected to prevent more harm. Vaccination for COVID in low-risk groups such as children and young people is less clearly in their interests, though it is clearly in the interests of older people.

The inherent, unrecognised and unresolved problem in the vaccination and vaccine passport debate is one of proportionality. Vaccines may reduce transmission but do they reduce it enough to warrant mandates, including restricting freedoms of the unvaccinated? If vaccines were risk-free (like washing your hands), then mandating them would be reasonable – but the current vaccines do have rare risks that become more significant for groups at lower risk from COVID, such as children and young people.

Burden on the health system

There is a second way we can harm other people besides directly infecting them. We can use up a scarce resource like intensive care unit (ICU) beds by getting ill. In a public health system, we can indirectly harm others by taking more than our fair share of resources. Though Mill explicitly rejected “harm to self” as a justification for coercion, that was before a public health system with finite resources.

If vaccines significantly reduce the chance of becoming seriously ill in a pandemic, there can be a justification for using coercion to employ them to protect the health system in a public health emergency.

Again, proportionality is key: the strain on the health system must be severe. Otherwise any measure to promote health could be mandated, such as giving up smoking, losing weight, exercising, and so on. Freedom has some value and that includes the freedom to take on some risk.

How much risk we should tolerate and what level of coercion is justified depends on the safety and efficacy of the vaccines, the reduction in transmission, the gravity of the public health problem, the effectiveness of less liberty-restricting measures, the costs of coercion and, ultimately, the value of health and liberty. 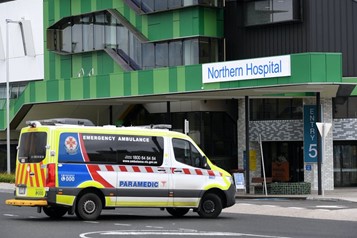 Debates about vaccination and vaccine passports should also take into account the potential burden on the health system. James Ross/AAP

Do COVID vaccines satisfy this criterion of reducing serious illness in a public health emergency? The evidence is very strong that they prevent serious illness with delta.

To introduce vaccine passports ethically requires either showing vaccines reduce transmission significantly or that, without them, we would face a health system crisis that is not reasonably sustainable.

Restricting people’s liberty, for example by vaccine passports, can be ethically justified in certain circumstances – but we need good evidence to justify them. Under conditions of lockdown, they can be a human rights issue.

Everything I have said about vaccine passports applies to natural immunity (immunity acquired by infection rather than vaccination), which provides ‘equal or higher protection’ against asymptomatic and symptomatic infection. (Of course, the whole point of the vaccine is to avoid or limit the harm of the first infection and it remains preferable as a strategy).

What about only some people having to have vaccine passports?

Most people believe that restrictions of liberty, like vaccine passports, have to be universally applied or they are discriminatory. That’s wrong. Selective restriction of liberty can be justified for certain groups. This is what happens when we quarantine travellers because they are at increased risk of infecting others.

Selective restriction of liberty, including selective mandatory vaccination or passports, could be justified for “super spreaders” or those more likely to become ill (particularly the elderly but other also high-risk groups). On the latter approach, vaccine passports are more appropriate for older rather than younger people, as they are the ones most likely to benefit.

The problem in public health is that the person who makes the sacrifice is often not the one who benefits. By mandating a measure, the government is deciding to impose a burden on one group, sometimes to benefit a different group. The person who suffers the vaccine-related side effect (although very rare) may not have suffered adversely from COVID if they had got infected (even though there is a higher risk of this at the population level).

For this reason, consent is important. Because both being vaccinated and not being vaccinated involve risks, and we do not know on whom the risks will fall, it is preferable to consent to the particular risks for yourself, rather than have others impose them. 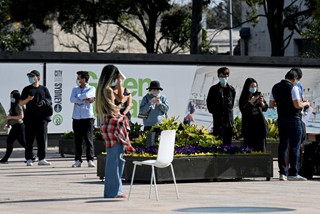 Not all groups in Australian society need to be treated the same on vaccine passports. Bianca de Marchi/AAP

If people are choosing which risks they take, it is tempting to hold them accountable for the consequences of their choices. That would imply giving those who become ill after refusing vaccination lower priority if health resources are limited.

This requires that we can attribute responsibility to the individual, rather than their peer group, education, culture or other social factors. It requires that responsibility is treated equally across healthcare: we should not single out COVID-risky behaviour without treating other dangerous lifestyles, such as risky sex and unhealthy habits, in the same way. And it will limit the kinds of lives people can freely lead by making risky alternatives more difficult to pursue. Ultimately, it depends on what price we place on freedom and health.

Road fatalities would be reduced by drastically reducing speed limits. Yet we balance lives lost on the roads (and carbon emissions) with transport efficiency, pleasure and liberty. The same will eventually happen as we learn to live with COVID.

So where does this leave us?

Vaccine passports could be justified in Australia. But whether the burden of proof rests with the government to show the vaccines significantly reduce transmission (which they don’t appear to) or that the health system could not reasonably cope without them, or the burden rests on those who oppose vaccine passports depends on whether we value liberty more than health. Different countries will reasonably differ on this trade-off.

Vaccine passports could be also justified for certain groups of super spreaders or those more likely to become ill. This creates inequality, but we face a trade-off between equality versus maximising public health and liberty.

Ethics is about weighing different values. Decisions about vaccination should be fundamentally ethical, not political or purely medical.

Any opinions, views and beliefs represented in this article are personal and belong solely to the author/s and do not necessarily reflect the opinion, views and beliefs of the organisation and employees of New Image™ International